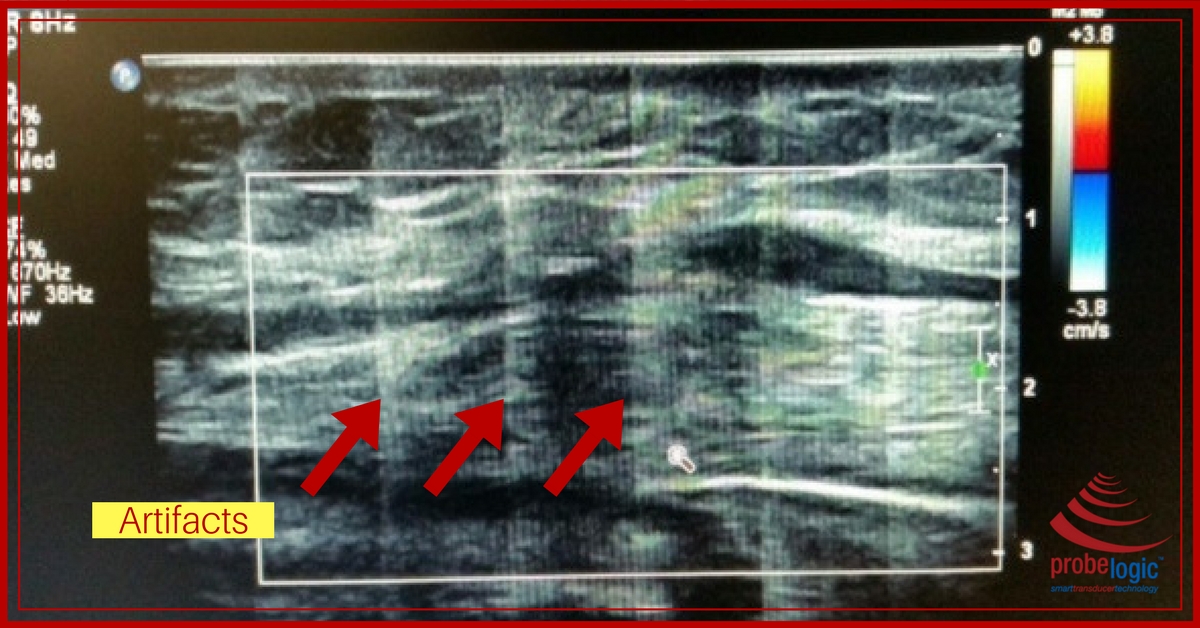 Much like our cars, we use ultrasound and by extension, its probes (transducers) every day. In fact, according to the Australian Government, in 2013-14 the Medicare Benefits Schedule (MBS) provided rebates on 8,570,775 ultrasound scans making it the second largest service behind diagnostic radiology (x-ray, mammography). Whilst ultrasound clinics are full speed ahead, here’s 5 signs when you know it’s time to service those hard-working probes.

1. Artifacts on the screen

– we see this happening when the cable gets run over by the machine. It damages the internal shielding and causes the artifacts you are seeing in the picture below to appear. If you are seeing something like this on your screen, you really need to get this checked. 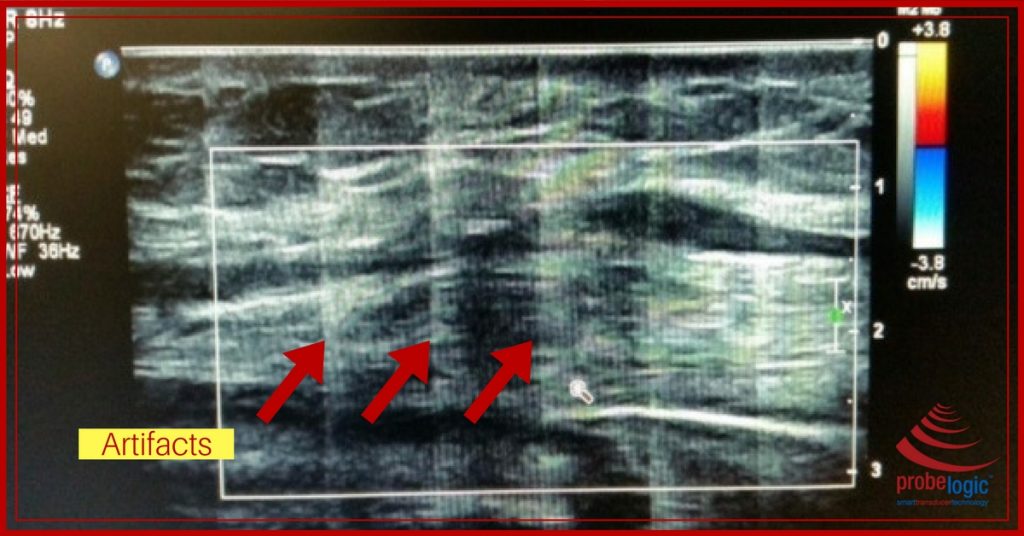 – cuts or tears in the outer sheath of the probe cable can appear harmless but can cause havoc, not only can it lead to probe failure, this could cause serious patient harm through electrocution. This damage you are seeing below was again caused by the cable being caught under the machine wheel and could have been avoided if the probe was stored correctly. 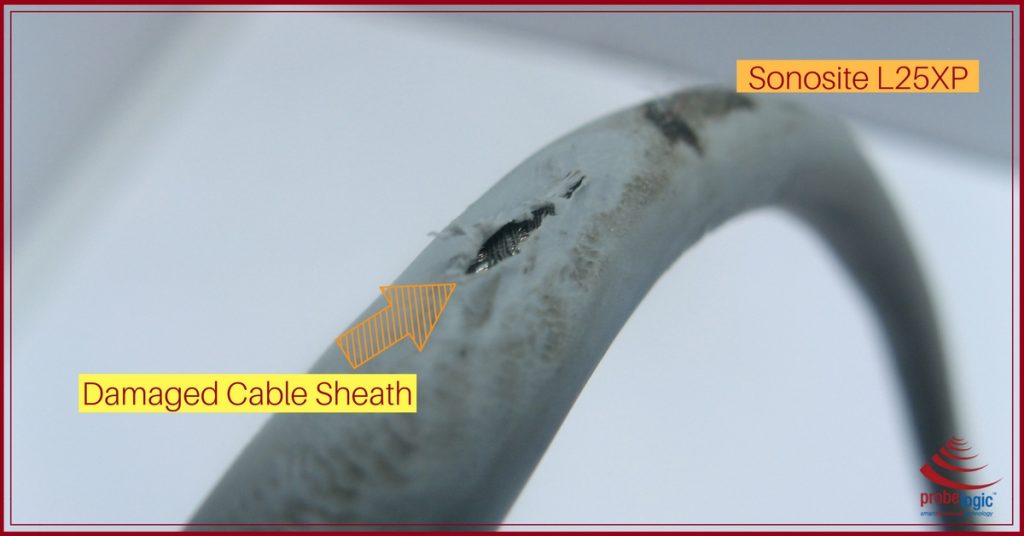 – slight cuts on the acoustic lens reduce image quality drastically and also increases the risk of patient electrocution, it could also spread diseases between patients. If you see a lens like this, you really should get this repaired

– If you’re having trouble plugging the probe into the machine, don’t worry. This is common and can be rectified. The majority of the time the connector housing has been bent out of shape, the result of being dropped. 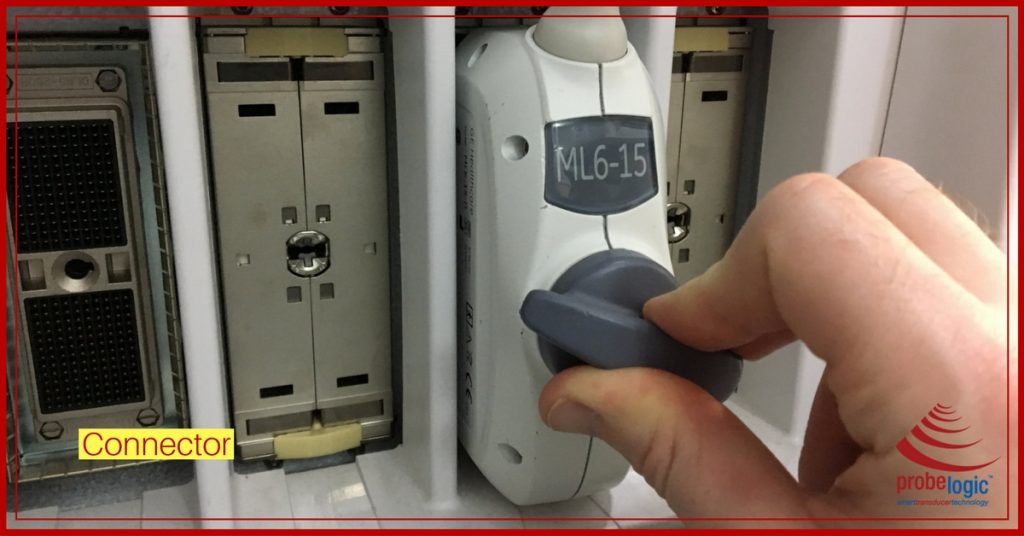 – If you’re seeing dark/ shadow areas on the screen, this is called drop out and could affect the patient clinical diagnosis. This probes’ drop out was caused by the lens beginning to detach but can also be caused by cable damage, acoustic array damage and electronic failure. Almost all of these are repairable so if you see this on your ultrasound screen, don’t panic, get someone to look at the probe.

We see these issues on probes all too often and with a little TLC, can get them back into operations.

Do you have a probe you want serviced or repaired? Contact us today at ProbeLogic.